Lynden Wilson was as pleased as possible after his first-round loss to Shakopee’s Tyler Jones at 126 pounds in Class 3A. That's because Wilson spent the three previous seasons battling various stages of Hodgkin’s lymphoma. 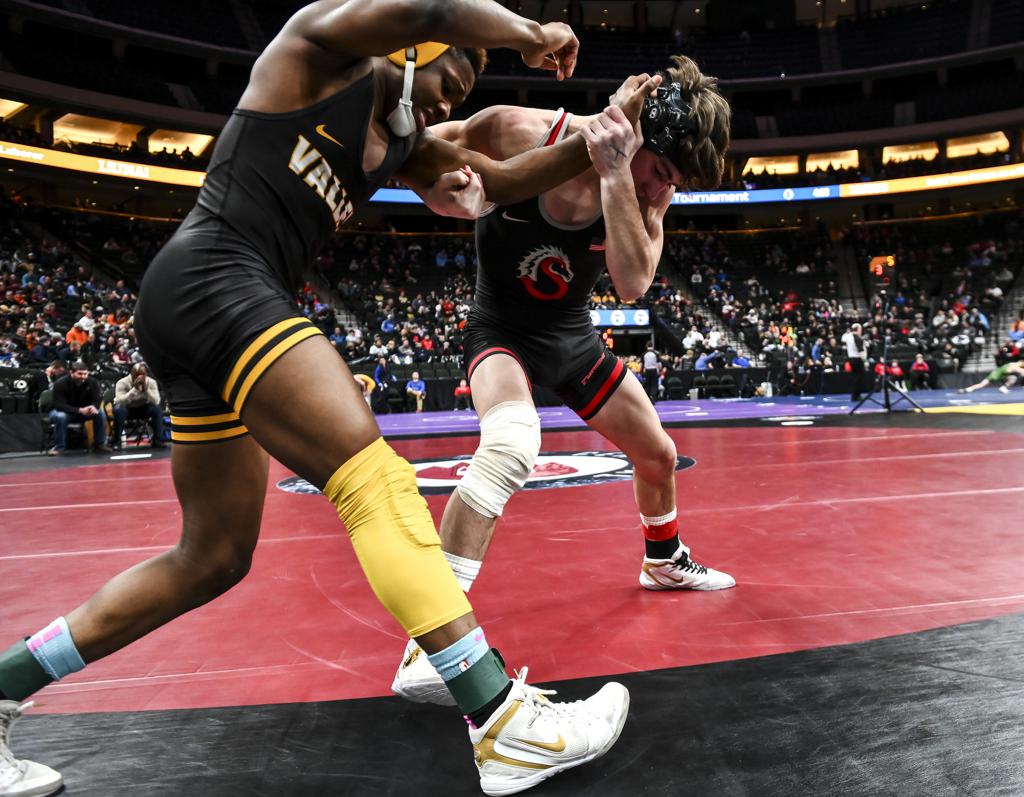 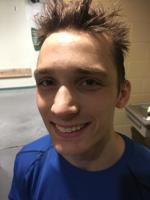 All things considered, Lynden Wilson was as pleased as possible after his first-round loss to Shakopee’s Tyler Jones at 126 pounds in the Class 3A wrestling state tournament on Friday.

Just qualifying as an invididual for the meet was pretty satisfying.

Wilson, a senior from Hastings, had spent the three previous seasons battling various stages of Hodgkin’s lymphoma, as well as neuropathy in his hands that developed as a result of chemotherapy.

The afflictions sidetracked Wilson’s wrestling life, keeping him from chasing his passion. He wasn’t completely devoid of wrestling, having persevered during those times and competing when he could. He did it for the love of the sport, thought he was never the wrestler he thought he could be.

“It’s just super fun,” Wilson said. “You depend on yourself. I love to wrestle.”

If Wilson has one regret, it’s that the treatments for cancer kept him from advancing at the same rate as his peers.

“All these other kids that I used to wrestle when I was younger have gained like 20, 30 pounds by this time,” he said. “I stayed the same weight, or even got lower, after chemo. It took away my muscle a lot.”

As his cancer fades, going on three years since he was declared cancer-free, Wilson has learned to appreciate every chance he gets to step on the mat.

“Wrestling felt like home,” said Wilson, who lost in wrestlebacks later in the day, ending his season. “I felt way better this year and I got to be captain. Which was a major improvement. To be honest, I just love it.”

No one would ever call former University of Minnesota wrestling coach J Robinson’s wrestling camps easy. They do, however, pay off.

Rosemount senior Ezayah Oropeza was a runner-up at 220 pounds last season. Two first-period pins at 220 Friday improved his record to 40-0, setting him up for a shot at the state championship that eluded him a year ago.

Oropezah admitted that the camp had goals other than fun in mind.

Apple Valley senior Sebas Swiggum pinned both of his opponents at 138 pounds, setting up a rematch with Stillwater’s Trey Kruse in Saturday’s semifinals. Kruse beat Swiggum during the regular season, which Swiggum said could work in his favor.

“This wouldn’t be the first time I’ve lost to someone during the season and beat him later,” Swiggum said. “He knows me, but now I know him, too.”

Emily Shilson’s third shot at state history ended in the same way as her first two: with a first-round loss.

The senior 106-pounder, who wrestled for Mounds View this season, lost to Zachary Silvis of Park of Cottage Grove in the first round. It was the third consecutive year that Shilson failed to become the first girl to win a championship-round match at the state meet. She did not qualify for the wrestlebacks, meaning her high school career is over.

“I’m disappointed,” Shilson said. “It’s definitely going to hurt, but my ultimate ambition is against girls, not guys.”