Coming off a 6-12 regular season, Orono knocked off Totino-Grace in a dramatic, emotional section final to earn its first state tournament appearance. 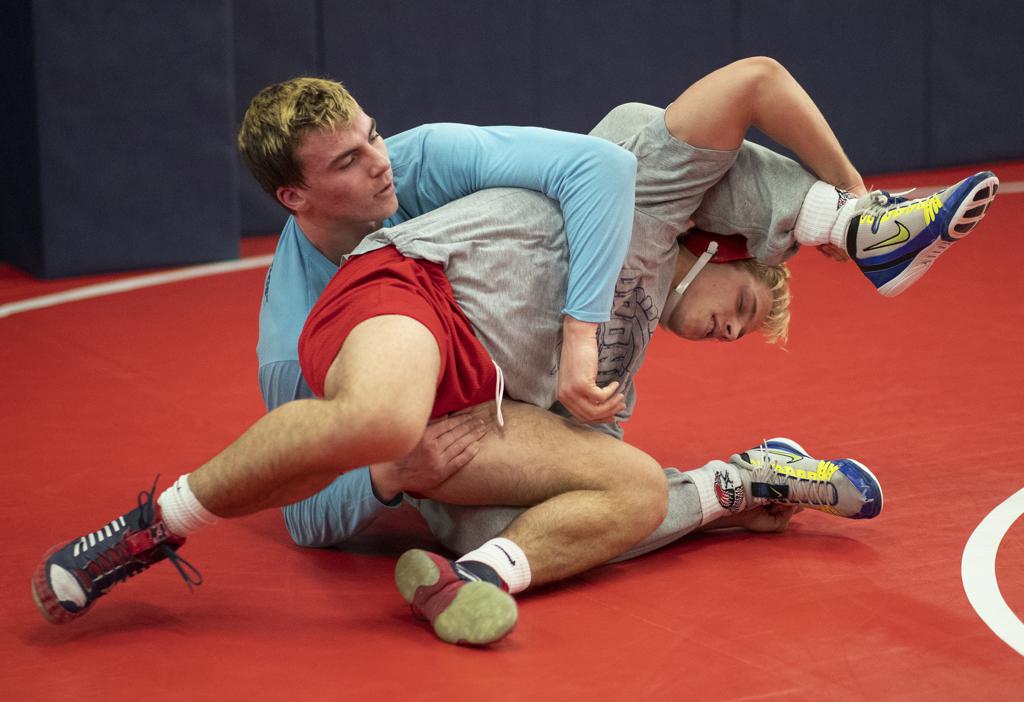 It wasn’t something coach Joe McPherson and his Orono wrestlers counted on, particularly after a season rife with injuries and illness.

But there was hope. When finally healthy and able to put their best lineup on the mat in late January, the Spartans were pretty good. Yet pretty good still needed a little help. If they were to finally win a section championship — something never done in school history — losses had to small ones, victories had to be convincing and an upset or two was necessary.

“And we still had to win the [coin] flip to get our matches just right,” McPherson said.

Nine years after laying a foundation at a school with a flimsy wrestling background, and starting with just four experienced wrestlers, the Spartans responded.

They pulled off one of the biggest surprises in state prep wrestling this season. Despite a 6-12 record in the regular season, Orono won the Class 2A, Section 5 championship. They did it with a 42-33 victory over Totino-Grace, which had run roughshod over the section for the last decade.

A state tournament berth was theirs.

First, it was Daniel Musgjerd at 106 pounds avoiding a pin and saving two bonus points, a spark of hope in the team final less than two weeks ago

Eighth-grade Mason Pankonin stoked that spark with an unexpected victory at 113 pounds.

Totino-Grace responded with a run of pins, four in all, building a 28-3 lead. Still, Orono’s fire burned bright.

“We know our upper weights can do some good things,” McPherson said. “After Mason won, it turned the momentum for the whole dual. Our bench was going crazy. That was one of the matches that we knew if we got, we’d have a really good chance of winning.”

Orono followed with a decision by Jacob Schmid at 145 and a pin by Oliver Stevenson at 152, cutting the margin to 28-12.

Now things were raging. Despite a pin by Totino-Grace’s Adam Sylvester at 160 the core of the Spartans’ lineup was next and knew what to do. One pin followed another, five in all to close out the match.

The lean years melted away in a cacophony of emotion.

“The second the ref slapped the mat (to end the heavyweight match), the team erupted, the place erupted,” senior 220-pounder Danny Striggow recalled. “It was a surreal experience.”

Striggow had long been one of the few bright spots in the Orono wrestling room. He’s the youngest of three talented Striggow brothers, all of whom won individual state championships. Jackson and Bobby Striggow later wrestled for Michigan. Danny won his crown last March, taking the Class 2A 220 pound title. But won’t be following his siblings. The 6-4 Striggow signed to play college football at Minnesota instead.

“A lot of people asked if my brothers were jealous, but the first thing they said was ‘Congrats,’ ” Striggow said. “They’d been through the downs of this program and to see it come back and make its first ever tournament appearance, they’re excited for me to have this opportunity.”

Along with it goes all the trimmings and trappings of the state meet experience. Most of them spent Sunday evening at teammate Blake Ament’s house, bleaching their hair for team bonding. In the halls of the school, the wrestling team has been a topic of conversation.

“Which never happens!” exclaimed Schmid, a senior 145-pounder. “Orono wrestling going to state? We’ve never really had the idea of going to state before. And to actually do it? How did this just happen?”

Striggow, Schmid and 195-pounder David Wilfert are three of the five Spartans wrestlers to qualify as individuals. All three have experienced the individual state tournament before, but they agree it pales in comparison to going as a team.

Striggow, Orono’s superstar, said both routes to the state tournament are rewarding, but going as a team is just a little more special.

“There’s nothing like taking your team to the state tournament,” he said. “That’s really cool.”