The Sabers’ Tommy Johnson edged unbeaten foe Josh Piechowski at 220 to clinch the win — and a perfect 41-0 season. 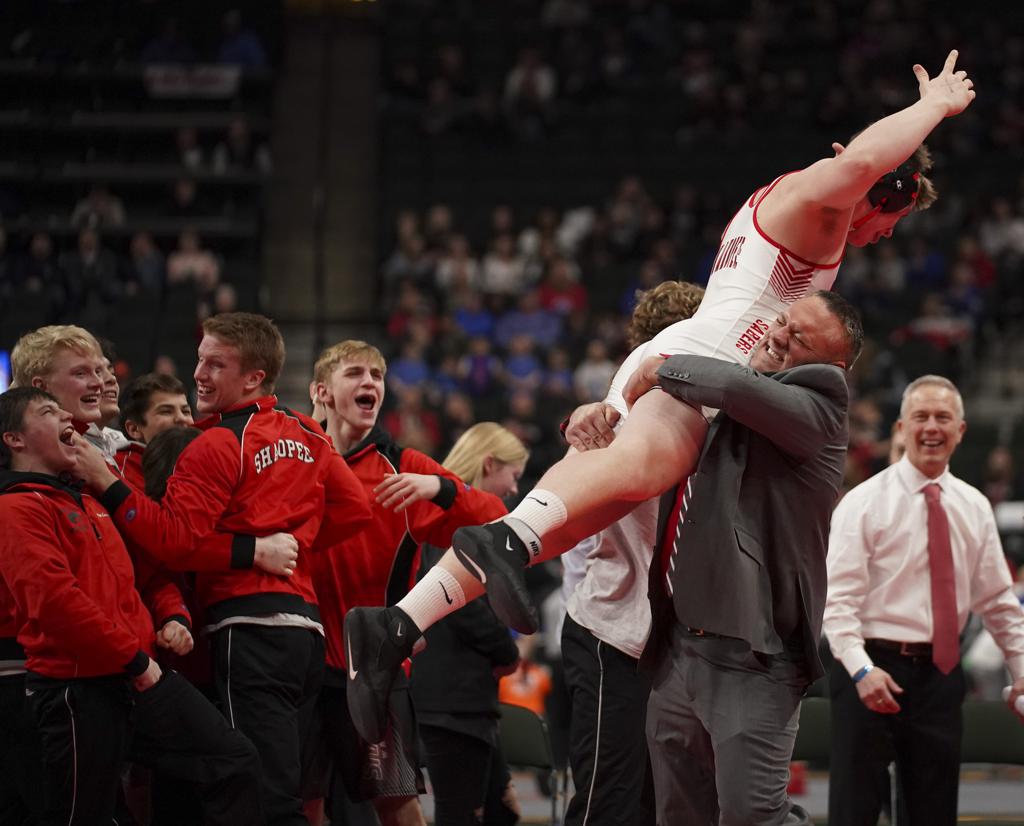 Having coached more teams with high expectation that he cares to count, Shakopee coach Jim Jackson knows the best way to deal with them: play dumb.

More like, unaware. As in, when you have a team of athletes with state championship expectations, how do you address them?

“We don’t really talk about them,” Jackson said. “We just focus on learning and improving every day. We don’t talk about rankings or anything like that. We just go out there and do our job.”

The Sabers did their jobs exceedingly well this season, winning all 41 dual meets they had. The 41st was the most important, facing a finally healthy and immensely talented Stillwater in the Class 3A final on Thursday at Xcel Energy Center.

Momentum swung throughout the match, but Shakopee’s strength at the upper weights proved decisive in a 34-21 victory, giving the Sabers their second consecutive Class 3A team championship.

While the Sabers tried hard to avoid the noise surrounding them, they knew all about Stillwater, which had spent much of the season battling injuries. But the Ponies were fit and ready, evidenced by a 44-15 thumping of No. 2-seeded St. Michael-Albertville in the semifinals.

Shakopee started the match strong, taking a 19-0 lead after four weights. But Stillwater cut the Shakopee lead to 19-15 when the Ponies’ Royce Hogue held off Shakopee’s Sam Treml at 152 pounds, setting up perhaps the highlight match.

Shakopee’s Carson Manville was ranked No. 1 at 160 pounds, Stillwater’s Hunter Lyden No. 2 at 152. Each had lost just once all season.

The teams traded victories thereafter. Stillwater’s Rogotzke bothers, Ryder and Roman, got decisions sandwiched around a victory by Shakopee’s Jack Casey at 182 pounds. Shakopee’s Tommy Johnson, the No. 1-ranked wrestler at 220 pounds, then ground out a 6-4 victory over previously undefeated Josh Piechowski, giving the Sabers an insurmountable lead.

“Our goal this year was not to lose a single dual and we did that,” Johnson said. “It’s a big deal, having an undefeated season.”