Simley captures another 2A crown to cap convincing year

Spartans crushed Fairmont/Martin County West in the final to cap a dominant season. 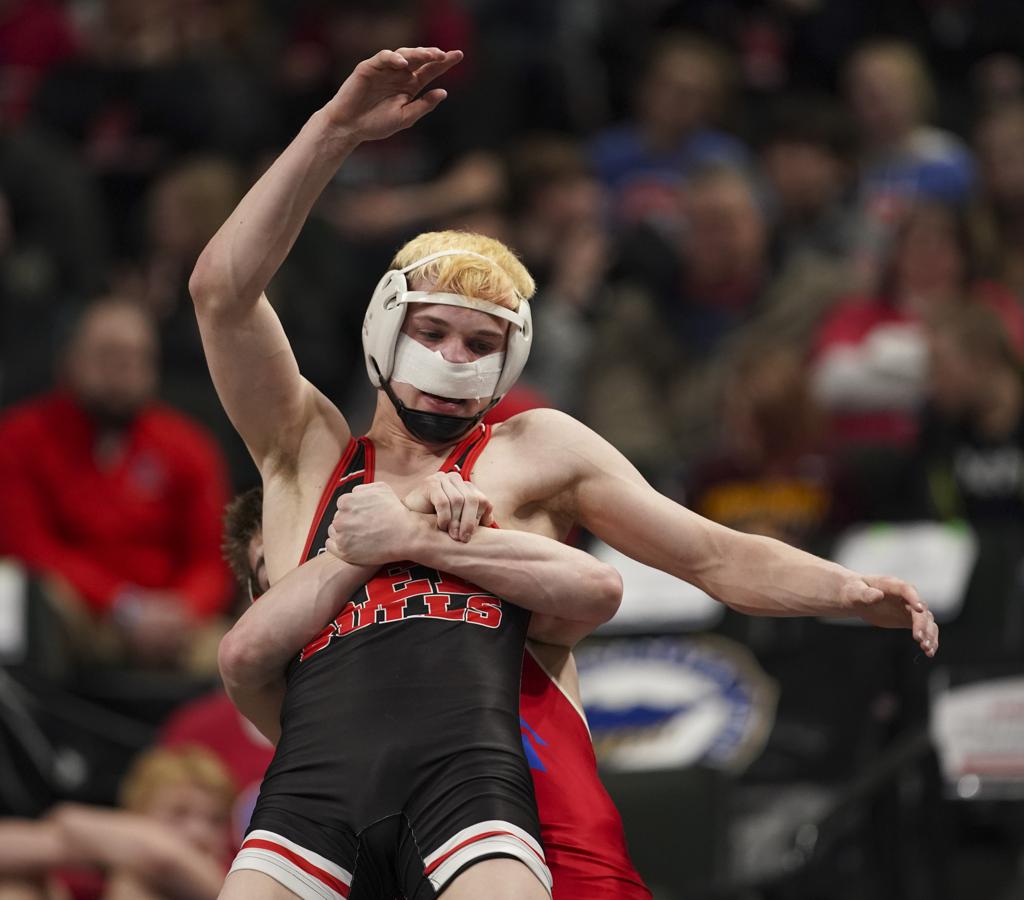 After a decisive victory over Marshall in last year’s state title match, Simley entered this season as the unquestioned top team in Class 2A.

A 48-10 victory over Fairmont/Martin County West in the state final Thursday at Xcel Energy Center assured it will stay that way until next year.

It’s Simley’s eighth title in the past 13 years and 13th overall.

“They knew when they wrestled their best, they were the best team,” Simley coach Will Short said of his athletes. “[Thursday] they were. They worked extremely hard.”

Competing with a largely 3A regular-season schedule, Simley (22-0) can make an argument for being the state’s best team.

It finished the season undefeated for the first time in school history. The Spartans topped Hastings, Owatonna and St. Michael-Albertville, all of which qualified for the Class 3A tournament. They also won the Christmas Tournament, which included Class 3A finalists Stillwater and Shakopee, and the Cliff Keen Invitational in Iowa, which features some of the top teams in the country.

In the Class 2A, Section 1 finals against No. 2-ranked Kasson-Mantorville — the only other team to win a Class 2A title since 2008 — the Spartans dominated 46-19.

“This is a very special group of young men, one of the best I’ve ever coached,” Short said.

With the Spartans surprisingly trailing 10-8 early, No. 1-ranked 145-pounder Ryan Sokol won by technical fall. At 152 pounds, Travis Dohmen secured a pivotal 3-1 decision thanks to a third-period takedown that set off a raucous Simley crowd.

In only its second trip to the state tournament, Fairmont/Martin County (20-3) finished with its second runner-up finish.

“One of the ultimate goals is to get to the state tournament and we knew we could do some damage and get to the finals,” Fairmont/Martin County West coach Adam Williamson said. “Our guys gave it their best and we’re just really pleased with how we finished.”