Where it will be held is still unknown, but the March 25-27 event will crown team and individual champions, something that had been much in doubt two months ago. 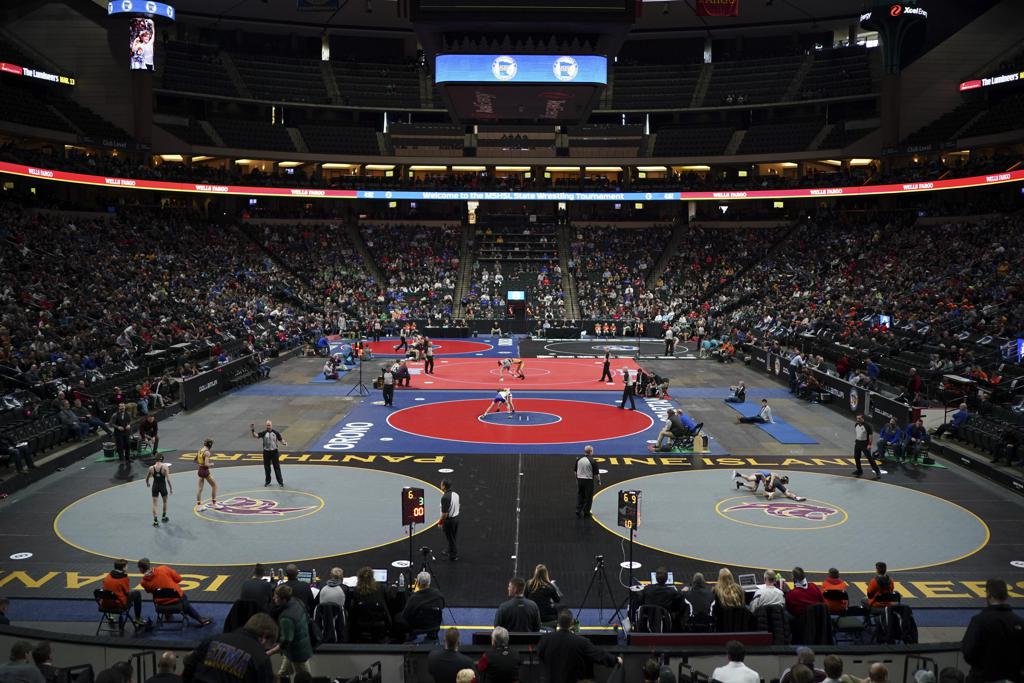 Wrestling action took place on six mats on the final day of the wrestling state tournament in 2020 at Xcel Energy Center. This year promises to be different. Photo: JEFF WHEELER • Jeff.Wheeler@startribune.com

Two months ago, Will Short was worried.

The highly successful head wrestling coach at Simley, where he also serves as athletic director, was convinced there wouldn't be a wrestling state tournament this year.Wrestling presented perhaps the most vexing challenge to the Minnesota State High School League's goal of holding state tournaments for winter sports this year.

Trying to reconcile the need to be safe and take the necessary COVID-19 precautions with a tournament that featured more than 650 wrestlers pursuing individual state titles — along with coaches, teammates, parents and fans — seemed more than daunting. It seemed impossible.

"Two months ago, things were in bad shape and it looked like we weren't going to have a tournament," Short said.

But on Feb. 4, league officials, after working for several weeks on the matter, unveiled winter state tournament plans that included an adjusted wrestling state tournament that will allow for playoff brackets for both teams and individuals in all three classes.