Coach Will Short calls his squad, undefeated for two seasons, “the best team public school team in the country.’’ 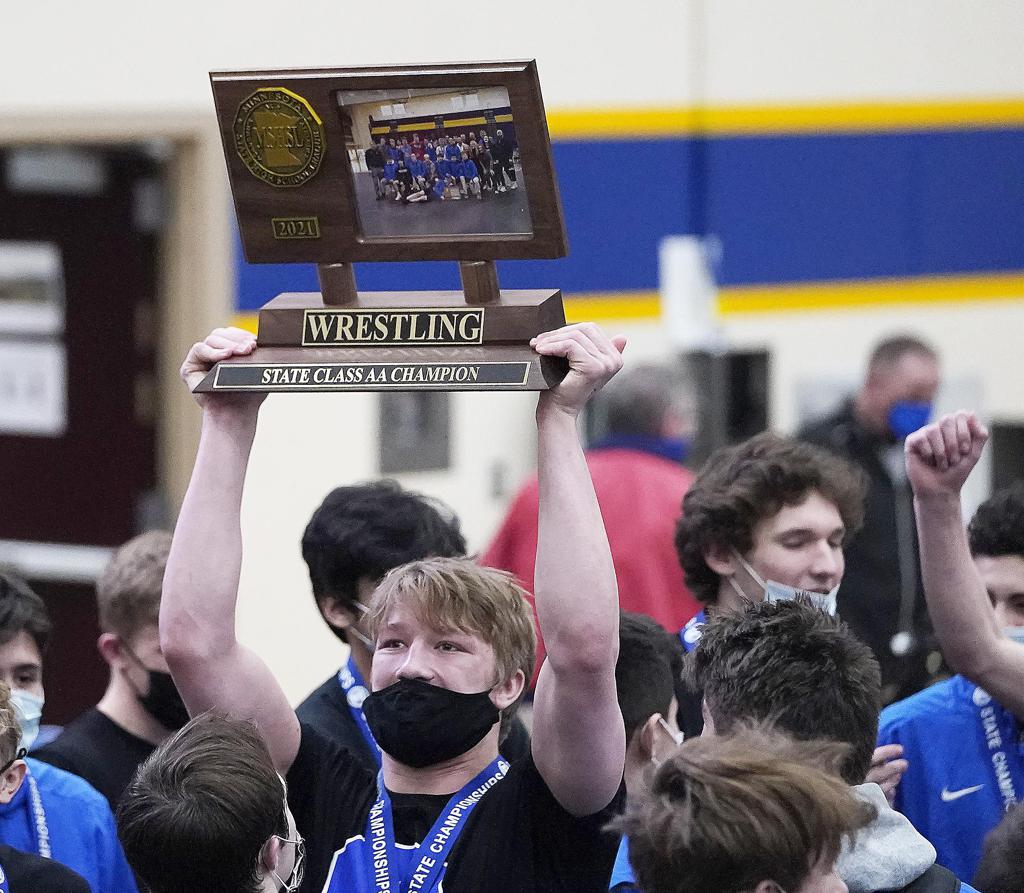 The word throughout the wrestling community all season was that Simley was running out not only the best team in program history, but perhaps the best high school team Minnesota has produced.

After the Spartans (28-0) thoroughly whipped Dassel-Cokato/Litchfield in the Class 2A team championship match Friday, racking up nine pins in a 68-6 victory, it would be hard to argue the point.

“I believe we’re the best public school team in the country,” he said. “We just had to make sure we finished out the perfect seasons, two in a row. I think we’ve won something like 64, 65 dual meets in a row.”

Knowing his team was notches above the rest of the teams in the state, Short spent the season working his wrestlers hard, knowing what they could accomplish. He never missed a chance to remind them that high reputations often lead to precipitous falls.

“I worked them probably harder than I ever have,” he said. “I’m constantly challenging them, letting them know there’s a big target on their backs. We don’t want to be anybody’s big victory.”

Senior Cael Berg, who ran his record to 27-0 with Simley’s fifth pin of the match at 160 pounds, said Short’s unwillingness to let his team listen to kudos was vital to its success.

“Coach always sorts of puts us in our place,” said Berg, who will wrestle at Harvard next year. “He says ‘Because you’re ranked high, it’s every team’s goal to take you out.’ We can’t let rankings get into our heads.”

Simley’s run of falls started with Reid Nelson, who pinned Dassel-Cokato/Litchfield’s Alex Joedeman at 120 pounds. Cash Raymond chalked up a pin at 126, followed by Chase DeBlaere at 138, Vristol Short at 145, Berg, Landon Duval at 182, Quayin Short at 195, Gavin Nelson at 220 and Bennett Tabor at heavyweight.

Senior 152-pounder Ryan Sokol, another future Ivy Leaguer who will wrestle at Cornell next year, said he never thinks of the difficulties that go with being the best team in the country.

“It’s honestly an honor to be a part of this team,” Sokol said. “There’s a lot of hard work and dedication all year that goes into it. Coach Short always tells us we always need to perform at our highest level on the biggest stage and that’s what we’re always trying to do.”

Short took a moment, then talked about his appreciation for everything his team achieved this season.

“People will try to dismiss us next year, because we graduate five seniors,” he said. “But they can’t dismiss what we’ve accomplished this year.”