The Cubs fell behind 15-0 in the first three matches in the finals before rolling to victory, using their season-long one-word motto. 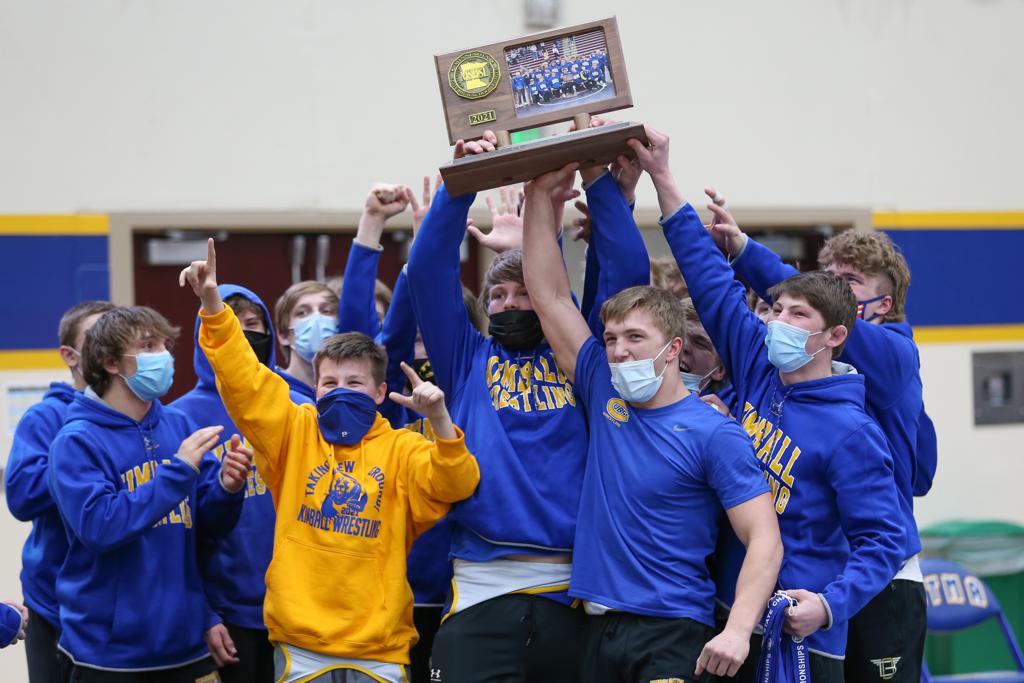 The Kimball Area wrestling team didn’t enter the 2020-21 season with any complicated goals. No fancy mission statements. Just one word.

And then they did it.

“We like to personify the word ‘believe,’ ” Cubs coach David Joseph said. “We told them yesterday and today, ‘Belief doesn’t know what the score is. It just keeps going.’ ”

Kimball proved that Saturday. After the first three matches, the Cubs trailed 15-0. Then, sophomore Gavin Winter pinned Aiden Larson at 126. Kimball rolled to 49 consecutive points from there, not losing another match until heavyweight.

“He was struggling there a little bit to get a pin, and we really needed him to for momentum purposes, and he got it there at the end,” Joseph said of Larson. “So that kind of started the train rolling.”

One of the more swift and impressive victories came from Zack Holtz at 160. The senior captain registered a takedown and three near falls before he won by fall with 1:40 left in the opening period.

The Raiders couldn’t find any way to win until the very end, even when it looked as if they could snatch away some victories. Kimball freshman Haden Rosenow found himself down 8-4 heading into the third period of his match at 182. Then he pinned Tyler Eggert with 1:35 left, clinching the team title.