The senior finished the season 35-0, winning his last match with a swollen eye from a fist to the face, and ended his high school career with an 85-match winning streak. 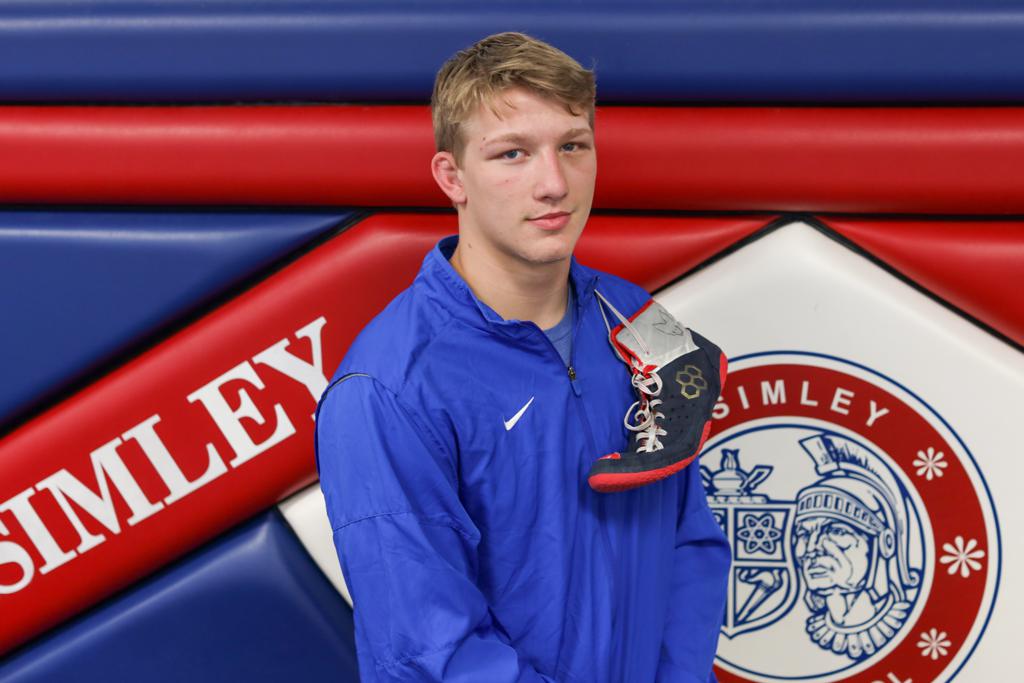 Simley's Bennett Tabor, the Star Tribune Metro Wrestler of the Year, suffered an eye injury that made it difficult to see during the state meet individual championship match, which he won. Photo: Jeff Lawler, SportsEngine

An inadvertent fist to the face in the semifinals fractured the orbital socket around his left eye. It threatened to derail what was on the verge of becoming a second perfect season for Tabor. He had won 83 consecutive matches to that point, dating back to his junior year.

Simley had already won its second consecutive Class 2A team championship. Tabor, the 2020 220-pound champ, was favored to win at heavyweight despite competing at the relatively light weight of 210 pounds, 75 less than the maximum allowed.

He survived the injury to defeat his semifinal opponent, Elijah Novak of Foley, in overtime. But before the finals his face began to swell. His match was against undefeated Kessler Kenning of Annandale/Maple Lake, who weighed in near the top of his class.

“I couldn’t really see out of my left eye,” Tabor said. “But that’s wrestling. You’ve got to tough it out. When the adrenaline kicked in, I tried not to focus on it.”

Tabor relied on the quickness and technique he had been perfecting all season to manage a 12-5 victory. He finished the season 35-0 and ended his high school career with an 85-match winning streak.

Not bad for the Star Tribune Metro Wrestler of the Year, who as a kid admittedly hated the sport when he first began participating in it.

“I was always so uncomfortable in the wrestling room,” he recalled. “But I stuck with it and it’s grown into the biggest part of my life. I’m always thinking about it.”

Tabor has become so proficient that he won the 220-pound title at the prestigious Super 32 national tournament last fall, which helped earn him a scholarship offer to the University of Minnesota.

Displaying his team-first mentality, he wrestled at heavyweight this season because it was the best fit for the Spartans’ lineup, despite being most comfortable at 220 pounds.

“If I didn’t, we might not have had a heavyweight,” Tabor said. “And it helped me prepare for college. It helped me develop my speed and quickness because I knew I wasn’t going to be able to outmuscle guys who outweigh me by 40, 50 pounds.”