The plan, which comes as more girls in Minnesota and nationwide take up wrestling, would let them compete against other girls in the postseason while wrestling with boys’ teams throughout the year. 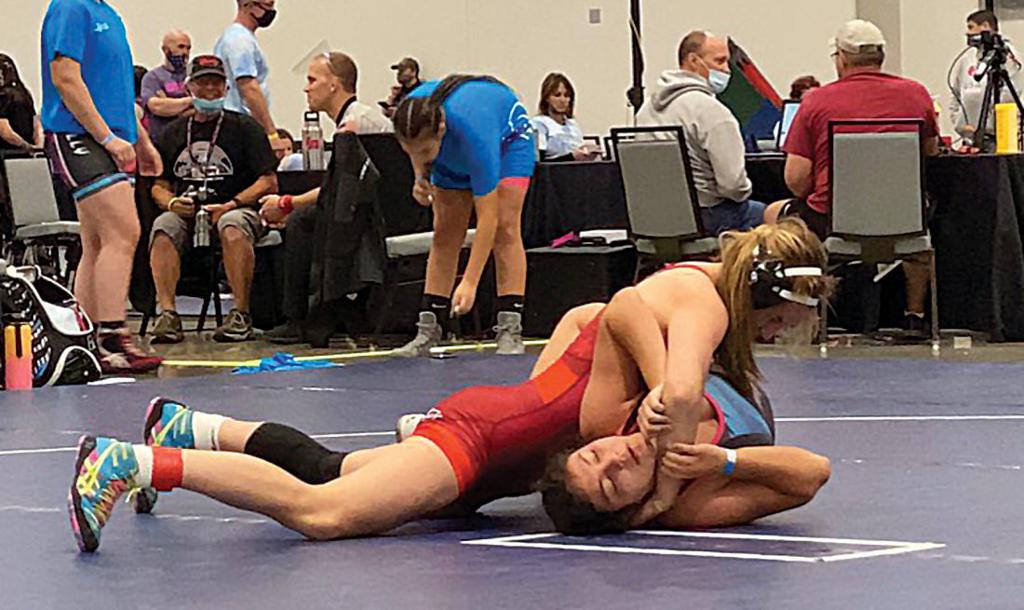 The proposal put forth by the Minnesota Wrestling Coaches Association doesn’t seek complete separation from boys’ wrestling. The plan, if approved, would leave regular season training and competition as is, with girls remaining a part of each school’s boys’ program.

The measure is scheduled for a vote for the first time by the league’s Representative Assembly, which also will be considering a proposal to add boys’ volleyball as a sanctioned league activity. The volleyball plan was on the cusp of approval last spring before COVID-19 forced 2020 spring sports to be canceled.

(Boys’ volleyball will be the subject of a Star Tribune story planned for Monday.)

Girls’ wrestling has been growing quickly over the past decade, with some estimates placing the number of high school girls competing nationally at more than 21,000.

Thirty states have approved girls’ wrestling, including all of Minnesota’s neighboring states.

“We’re not looking for girls’ teams to have dual [meets],” said Kip Lynk, director of the wrestling coaches association. “Just an individual tournament with 14 weight classes. Girls would decide after the regular season if they wanted to opt into the girls’ tournament or if they wanted to stay and compete with the boys. It wouldn’t affect team competition, just the individuals.”

The proposed girls’ tournament, which has approval of Minnesota USA Wrestling and its girls’/women’s division, would have individual weights consisting of eight wrestlers per bracket, rather than the 16 the boys have. It would run concurrently with the boys’ state meet, keeping costs down by sharing facilities, equipment and event staff.

“It would only add one hour to the entire tournament schedule,” Lynk said.

Proponents say it presents a more even playing field for female wrestlers, giving them the opportunity to compete against their peers, with safety a primary consideration.

“Sanctioning girls’ wrestling could be the single most important action the MSHSL has taken years,” said Chad Shilson, director of the Minnesota/USA Wrestling girls’ and women’s’ program, in an e-mail to the Star Tribune. “It’s important from a safety standpoint that girls wrestle girls and boys wrestle boys at the high school level, as we have seen the numbers of injuries rise for girls as the numbers grow and more girls are forced to wrestle boys during practice and competition.”

Shilson’s daughter Emily has been at the forefront of girls’ and women’s’ wrestling in Minnesota and has won numerous national and international championships. Chad Shilson said the ability of boys to develop greater muscle mass quickly makes it difficult for girls to compete effectively against boys, particularly at higher weights.

“At a heavier weight, there is a stark difference in the strength differential between boys and girls,” he said. “We have had a number of girls get season-ending injuries while wrestling boys and it really has become very dangerous at times.”

Martin County West senior Katie Lange wrestles for the district’s Red Bulls club program. She was named 2021 Ms. Wrestling-Minnesota, an honor given to the top female high school wrestler in the state. She recently committed to wrestle in college at Augsburg, which has Minnesota’s only women’s collegiate wrestling program.

Yet Lange didn’t wrestle for the high school team this year or last, largely because she wanted to explore other opportunities in her final years of high school. She said being the lone girl on a boys’ team can be difficult to overcome, an issue she hopes will be lessened if girls’ wrestling is approved by the representative assembly, a 48-member statewide body that considers amendments to high school league bylaws.

“Sometimes it’s hard to find people to relate to, being the only girl,” Lange said. “There’s a lot of girls that don’t know about wrestling. Getting a state tournament would get the sport out there. Sometimes, girls need other girls to help alleviate the pressures. Sanctioning girls’ wrestling would do that.”

Lynk said he’s hearing positive feedback about the proposal, but understands that questions remain, particularly about funding. This comes at a time when the league is dealing with lost revenue stemming from the pandemic.

“We’ve made is about as low-cost as you could make it,” he said. “And every other state around us has added girls’ wrestling. We’ve got to play catch-up.”