Racist taunts at school events led to districts refusing to play there. 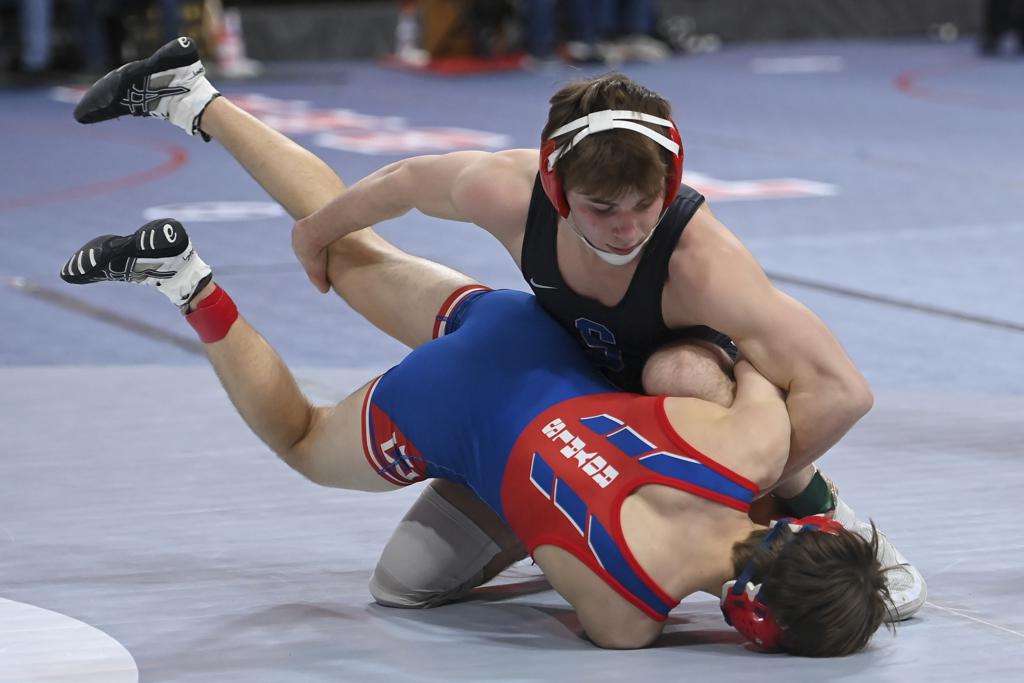 It’s been a little unsettling to be an athlete at New Prague in recent weeks, Trojans junior Koy Buesgens said Friday at the wrestling state championships at Xcel Energy Center.

Racist taunting directed toward opposing teams at events in New Prague caused two schools in its conference, St. Louis Park and Cooper, to say they won’t play New Prague for at least the rest of winter sports season.

“It was a little bit scary for a while,” Buesgens said. “I definitely don’t condone any of the stuff that happened. It was kind of messed up. But our coach talked to us and we stayed completely away from everything that’s happened. We were kind of scared that we’d be shut down because of it, but we didn’t have any association with it.”

Buesgens said that the state tournament was a welcome relief.

“For like a solid week, it was pretty stressful, seeing it come up on the news, that kind of stuff,” he said. “I’ve always thought we are a very respectful, polite team. I know our wrestling team is.”

A 138-pounder, he is the top seed at his weight in Class 2A and is looking for his second state championship. He won at 126 in Class 3A last year before New Prague was bumped down to Class 2A this year. He racked up a pair of pins Friday,

“I feel like it’s a little more gritty in 2A. When we mess up, Class 2A schools let us know about it,” Buesgens said. “Class 3A is more polite is how I’d describe that.”

As teammates, Simley seniors Chase DeBlaere and Gavin Nelson are friendly competitors. That camaraderie has helped the duo to the brink of repeating as state champions.

Both said they’re excited for each other and enjoying the pressure associated with trying to repeat.

“We’re really taking advantage and sucking in every second of it, because this is our last run,” Nelson said. “We’re both excited to get on the top of the podium together this year.”

DeBlaere and Nelson are among the 13 Simley wrestlers competing in the individual tournament. The 13 went a combined 17-6 in the championship bracket Friday, with seven advancing to Saturday’s semifinals.

His quarterfinal victory Friday means he and his sister Carli could win state titles this year.

At 195, Kasson-Mantorville senior Bennett Berge took another step toward a fifth straight state title with a pin 3:16 into his quarterfinal match.

Berge and his older brothers, Broc and Brady, have combined to win 10 state titles. Broc Berge, the oldest of the three, was a two-time title winner and wrestled in college for Minnesota and Iowa. He’s currently a Kasson-Mantorville assistant coach. Brady Berge won four titles and wrestled at Penn State. He’s a volunteer assistant coach at South Dakota State.

“They’re pushing me to get better every day,” Bennett Berge said of his brothers, adding that he “definitely wouldn’t be going for my fifth state title” without their support.

All six 2021 Class 1A state champions survived Friday and will have the opportunity to repeat. Defending champions Nolan Ambrose (113 pounds) and Payton Handevidt (160) of team champion Jackson County Central advanced to the semifinals, leading a contingent of six Huskies still alive.

The quest of Sibley East 145-pound senior Drayden Morton for a fourth straight championship is intact. Morton (47-0) had two first-period pins to move into the semifinals.