Perennial power Apple Valley turned away a challenge from Anoka 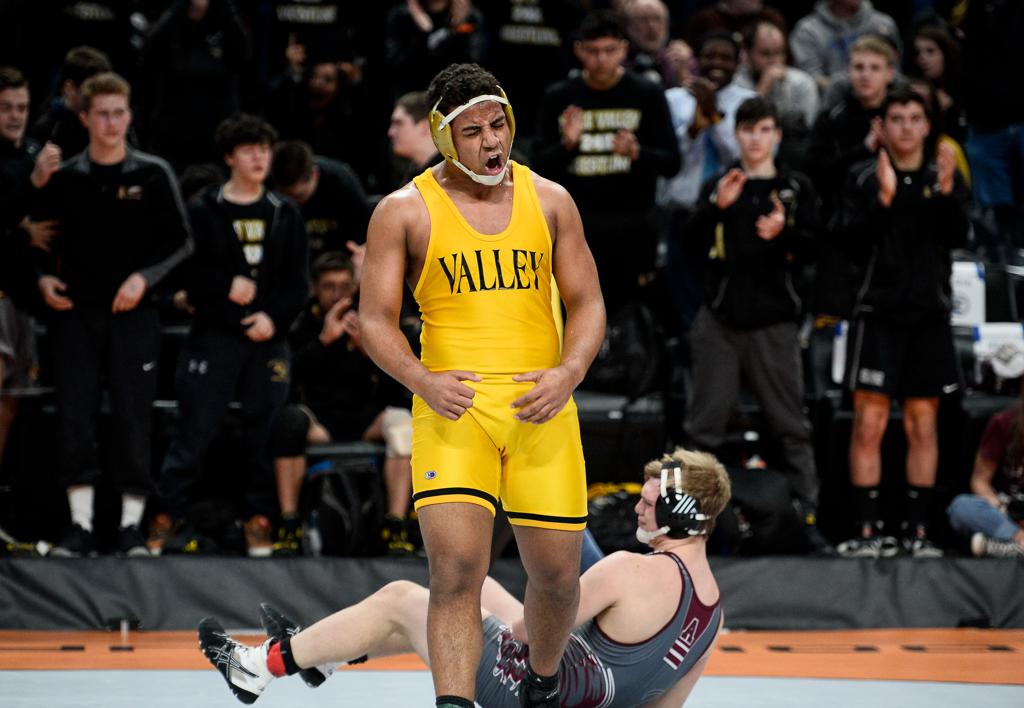 Apple Valley senior Tanyi Besong has had a pretty impressive career as a wrestler, but until Thursday the 220-pounder was always upstaged by the Eagles’ unparalleled heavyweight, Gable Steveson.

Besong seized his opportunity on high school wrestling’s biggest stage, earning a 12-1 major decision over Anoka’s Evan DeChene in the 220-pound match, tying the score 24-24. Steveson earned his expected six points with a pin, giving Apple Valley a tight 30-24 victory over Anoka in the Class 3A championship match.

“All you can do is wrestle,” Besong said of his match-clinching victory. “The coaches have taught me so much, I was ready to go out and get that win.”

Anoka, the No. 2 seed in Class 3A, had given the 11-time defending champion Eagles everything they could handle to that point. After Ben Lathrop earned a tough victory at 195 pounds to give the Tornadoes a 24-20 lead with two matches left, Apple Valley’s chance at victory landed on Besong’s shoulders. If he had lost, Anoka would have had a seven-point lead that even Steveson would not have been able to erase.

Besong wasted little time in his match, quickly taking a 5-0 lead. By the end of his match, Apple Valley fans were chanting his name, knowing they had another victory in hand.

“I’ve never had that happen before, where people are chanting my name, not at the state tournament,” Besong said. “It felt good, but you know what? This is a team victory. I wouldn’t have been in that position without the team.”

Anoka coach Todd Springer knew how close his team had come to pulling off one of the biggest upsets in meet history.

“It hurts,” Springer said. “Probably the biggest scare Apple Valley has had in years. We had them on the ropes. I am so proud of our boys.” 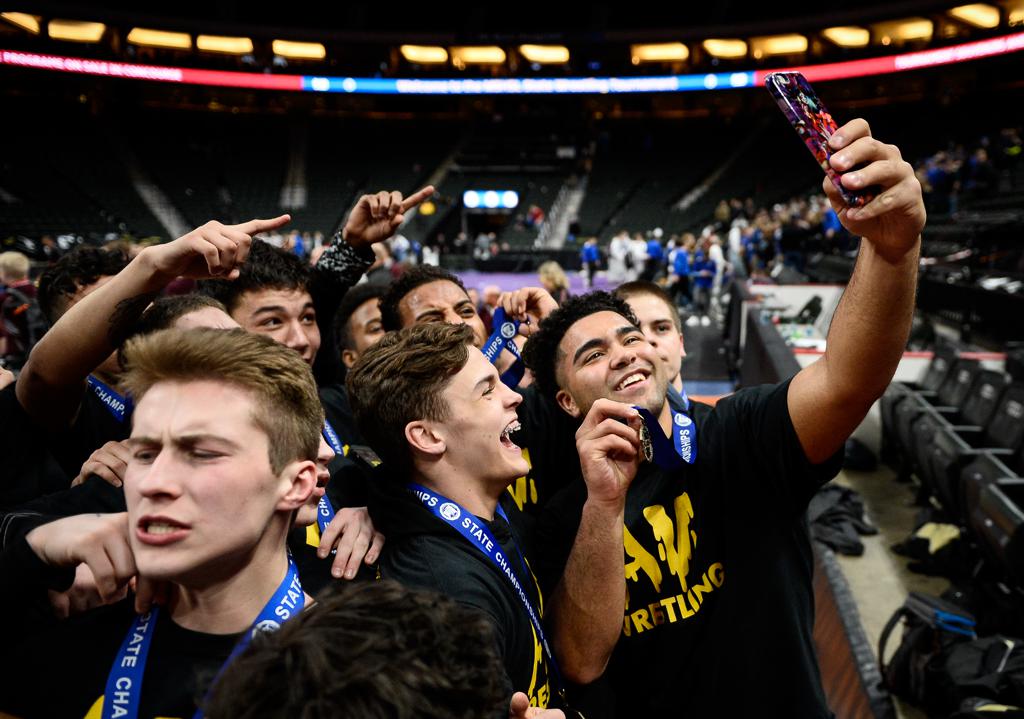