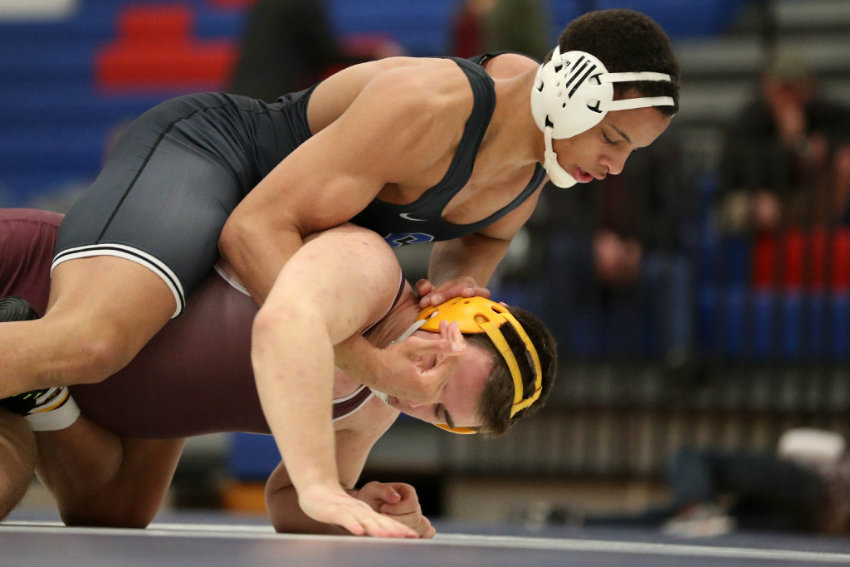 Will Apple Valley’s window ever close? The Eagles have been the standard-bearer for Minnesota wrestling for more than a generation. They’ve had a tremendous run thanks to top-flight talent such Mark Hall, Gable Steveson and Destin McCauley. Apple Valley is the heavy favorite to win another Class 3A title this year. And with just four seniors in the starting lineup and five non-seniors ranked in the top 10 in their respective weight classes, the Eagles’ run of success looks set for the near future.

Daniel Kerkvliet changes his mind: Simley’s stellar 220-pound junior, who had verbally committed to Minnesota in 2016, recently committed to Oklahoma State instead. Speculation is that he projects as a heavyweight in college, but would be slotted behind Apple Valley’s Gable Steveson. The relentless Kerkvliet, a two-time Class 2A individual champion, has a 95-3 record over the last two seasons. He’s ranked No. 2 nationally at 220 pounds and No. 3 overall in the class of 2019. In September, he won a world championship, taking the 100 kg title at the World Cadet Championships in Athens, Greece.

Patrick McKee is No. 1: The St. Michael-Albertville senior, a two-time individual state champion (106, 120), prepared for his final high school campaign by winning the 120-pound championship at the prestigious “Who’s No. 1?” tournament in Bethlehem, Pa. in October. McKee, who will join older brother Mitchell at Minnesota next year, was seeded No. 4 going into the tournament. He defeated top-seeded Robert Howard of Bergen Catholic (N.J.) 5-1 in the finals. McKee is expected to wrestle at 132 pounds for the Knights this season.

Lynden Wilson is tougher than cancer: The Hastings junior, nephew of Raiders coach Josh McLay, has beaten back Hodgkins’ lymphoma not just once, but twice. His treatment has included two rounds of chemotherapy, sapping much of his strength. Yet Wilson is not yet ready to give up on his goal of wrestling for the Raiders, who took fourth place in the Class 3A state meet last February and are likely to return this season. McLay lists Lynden as the expected starter at 132 pounds this season. “He is still recovering from the chemo effects on his body,” McLay wrote in his preseason outlook. “I hope he is able to wrestle and stay healthy because it is what he loves.”

Shilson aims for first state victory: Centennial junior Emily Shilson became just the second girl in state history to wrestle in the state meet when she qualified at 106 pounds last year. She lost her only match but is back, a year more experienced, trying to become the first female wrestler in state meet history to win a match. There’s added motivation for Shilson and the entire Centennial team. The Cougars are wrestling in memory of coach Steve Peterson, who died of brain cancer on Nov. 10, just two years after being elevated from assistant coach to head coach. 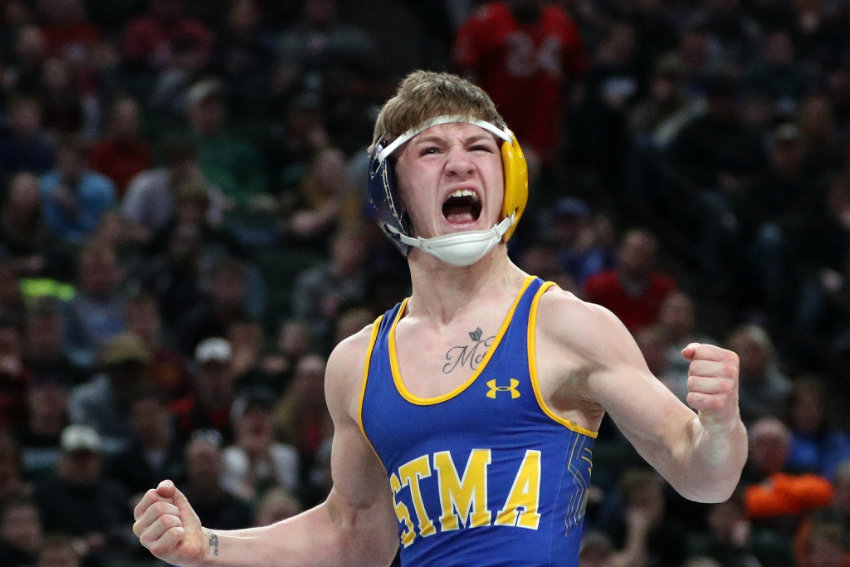 Apple Valley: Let’s look at the numbers. Thirty-five consecutive state tournament appearances. Twelve consecutive Class 3A state championships. Ten wrestlers ranked in the top 10 in weight class, one considered the best high school wrestler in the nation (Gable Steveson). And a new head coach, Josh Barlage, to pull it all together. How can you not talk about Apple Valley?

Anoka: The Tornadoes have a few holes to fill if they want to duplicate last season, when they finished as Class 3A runner-up to Apple Valley after holding a 24-20 lead going into the last two matches of the final. But there’s still plenty to like. Defending state champ Tyler Eischens is back at 152, heading up a potent run of talent in the middle weights.

St. Michael-Albertville: There are a few more question marks than usual in the Knights’ lineup, but they more than make up for it with want-to, as evidenced by their final-round charge to overtake Forest Lake and win the St. Michael-Albertville Invitational on Dec. 2. And, of course, there are automatic points whenever 132-pounder Patrick McKee steps onto the mat.

Prior Lake: The Lakers had a string of five consecutive state meet appearance broken in 2016 and, competing with Apple Valley and Shakopee in Section 2 of Class 3A, it’s likely another state meet appearance is a long way off. Too bad, because they have gritty, talented wrestlers throughout the lineup, led by 170-pound Kenny O’Neil, the defending 160-pound state champion.

Simley (Class 2A): The Spartans and Kasson-Mantorville have had a tug-of-war for the Class 2A title, with Simley winning in 2012, 2014 and 2015 and the KoMets in 2013, 2016 and 2017. They are again atop the state rankings. Simley, with three returning state champs in Jake Gliva, Anthony Jackson and Daniel Kerkvliet, looks primed to get the crown back.

Scott West (2A): The Panthers have been the third-best team in Class 2A for the better part of a decade, yet haven’t been able to get the two heavyweights in front of them. The Panthers made a statement Friday by defeating Anoka, getting the nod in a 28-all tie on criteria due to an Anoka misconduct penalty.

Others of note: Forest Lake, Cambridge-Isanti, Waconia (2A)