The Totino-Grace junior is ranked No. 1 at 113 pounds. 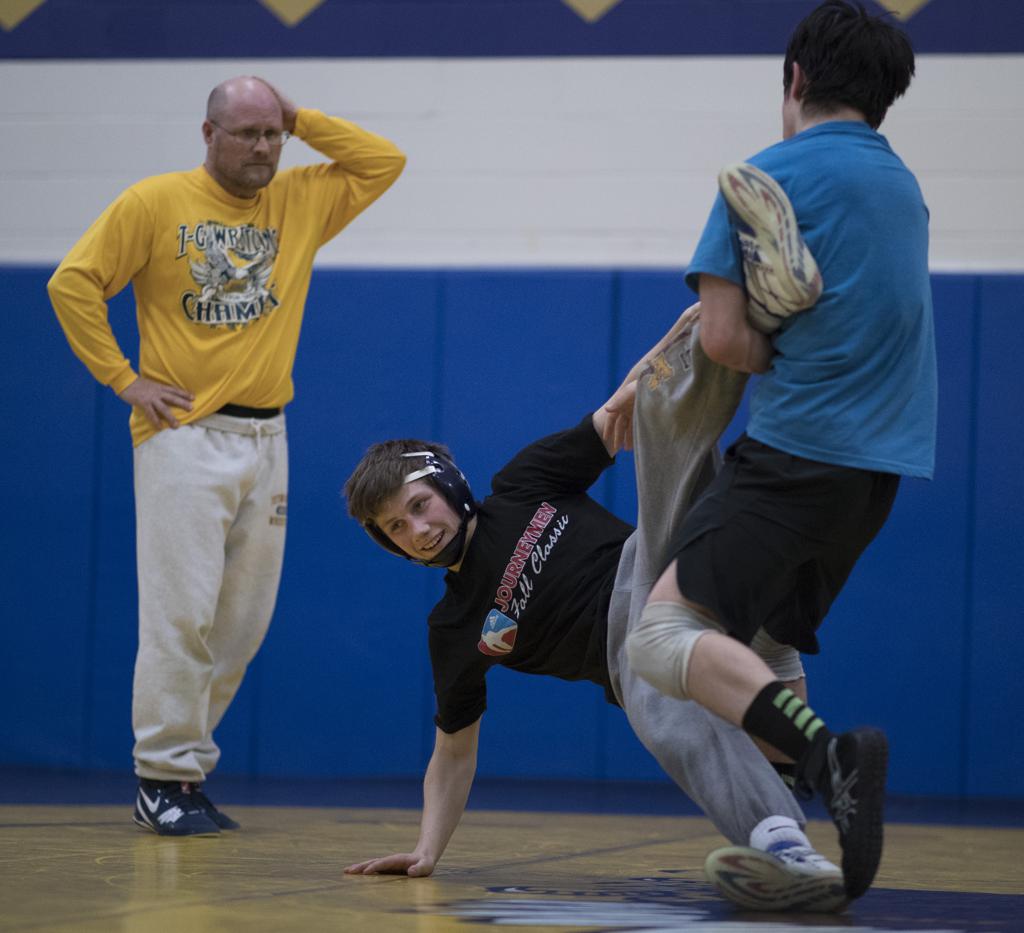 Jake Svihel grew up around the wrestling mat with his dad, Doug Svihel, the longtime coach of the Totino-Grace wrestling team.

The younger Svihel has since developed into one of the top high school wrestlers in Minnesota, one with a chance to win an individual state title this winter.

Svihel, a junior, is ranked No. 1 in Class 2A at 113 pounds by the Guillotine website, after two years of finishing as a state runner-up. He said he’s motivated by those finishes, adding that he’s hoping to help Totino-Grace to a top-six finish as a team.

It’s a confidence Svihel developed over years on the mat. Svihel began wrestling when he was about 6 years old, joining an Anoka youth program early in elementary school.

He showed aptitude for the sport when he was young, Doug Svihel said, and participated in the state’s ninth-grade-and-under wrestling league as a seventh-grader.

Svihel joined Totino-Grace’s team as an eighth-grader, earning a berth in the individual state tournament that year. He weighed 97 pounds but won over 25 matches and defeated his opponent in the team quarterfinals at the state tournament.

Doug Svihel said he and the other coaches instructed Jake to be an offensive wrestler that year, even if that meant losing some matches.

His father told Jake that such a style would be beneficial later on, as Jake weighed in closer to his opponents.

“It’s not as easy to become offensive,” Doug Svihel said. “Once you’re defensive, you lose that attacking mode.”

The mentality appeared to pay off during Jake’s freshman year, when he won more than 40 matches and finished runner-up at 106. He made the state title match again as a sophomore, this time, finishing runner-up at 113.

Svihel said he’s hoping to move up the individual leader boards in Totino-Grace’s wrestling room in addition to leading the team to a high state finish.

He recently finished third at 120 pounds in the Council Bluffs (Iowa) Wrestling Classic, going 6-1 in a tournament that featured more than 40 teams from five states.

Longtime Eagles assistant coach Dan Vandermyde said he’s noticed a difference in Svihel this season. Svihel was always talented and had good energy but seems more focused on meeting his goals, he said.

“He just seems more driven,” Vandermyde said. “He doesn’t seem like he’s having days in here where he’s not focused on improving.”

Vandermyde has coached the Eagles in 22 of the 29 seasons in which Doug Svihel has headed the program.

Together they’ve led the team to 15 state tournament appearances, including one in every year since 2013.

Doug Svihel said he expects the team to be the favorite in Section 5 again this season even without a lot of depth.

But the Eagles do have several individuals with high state prospects, including Svihel and senior Nate Schultz.

“If we can avoid injuries, I think we give ourselves a pretty good shot,” Vandermyde said.

Vandermyde said Doug Svihel is dedicated as a coach and “intense in a way that the kids know he’s in their corner.”

Jake Svihel added that his father is tough on the team but in a good way.

After high school, Jake Svihel said he’d like to wrestle for a Division I school someday, though he doesn’t have specific plans yet.

As far as a state championship, Doug Svihel said Jake is capable of winning one but said there are also other ways of measuring success.

“I’m comfortable with what he’s putting into it,” Doug Svihel said of Jake’s effort. “That’s all I can ask.”