When he’s fully warmed up, Jake Svihel finds a place to sit and immerse himself in … nothing. 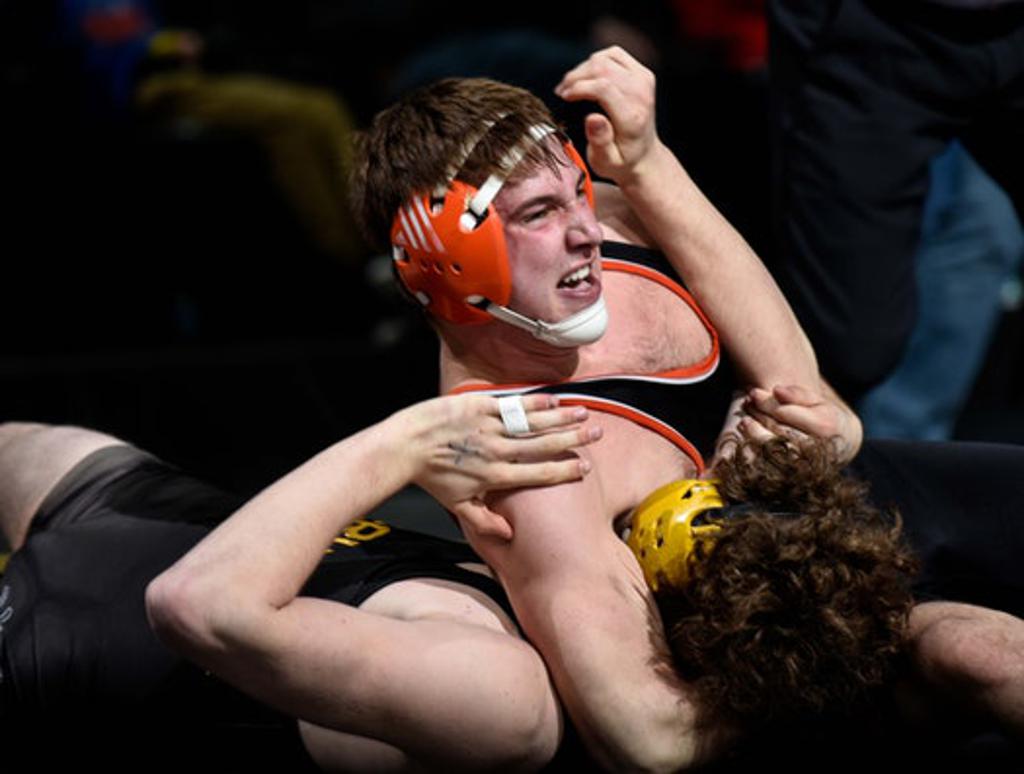 The junior 120-pounder, an admitted overthinker, decided he needed a little more relaxation in his pre-match routine.

So, when he’s fully warmed up, Svihel finds a place to sit and immerse himself in … nothing.

“If I’m worrying about my opponent, I can psych myself out,” said Svihel, who advanced to Saturday’s semifinals with a 20-8 victory over Robby Horsman of Kasson-Mantorville. “I just like to clear my mind.” 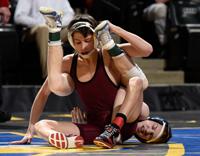 Svihel’s routine includes working up a brief lather before settling into some soothing music.

He believes his new approach has him primed for a successful final day.

“I’m in a better state mentally,” he said. “I just want to be on top of the podium this year.”

Waiting one day longer than usual to wrestle in the state meet was one of the strangest feelings Simley senior Jake Gliva has had.

Simley lost to eventual Class 2A champion Kasson-Mantorville in the Section 1 finals, depriving the Spartans of their 24th state tournament berth. Having the first day of the tournament — the team competition — off was unusual.

“It was really weird,” Gliva said. “I’ve never felt like this before. We had an extra day to wait and I had finals in school, which made it worse.”

He defeated Jake Davis of Thief River Falls in the 132-pound quarterfinals with a tech fall at 4:43. It was his second tech fall of the day.

“I guess there’s a bright side to it,” he said. “I feel awesome today.”

Jackson’s preparation paid off Friday, when the Scott West wrestler defeated Simley’s Cael Berg in a 9-1 major decision in the quarterfinals.

“Just one step closer here to my goal,” Jackson said. “I’ve got to leave with that blue medal this year.”

Jackson is the top seed in the Class 2A bracket at 126. Justin, in the weight class below him, won his quarterfinal match 4-3. Jackson said his younger brother often beat him early in their wrestling careers.

“He made me the wrestler I am today,” Jackson said of his brother.

Kasson-Mantorville’s Patrick Kennedy had a couple of reasons to be excited Friday.

The sophomore 182-pounder easily won his two matches to move closer to a second state championship, a day after the KoMets finished their undefeated season with a state team title in Class 2A.

“It felt good yesterday, but that was yesterday,” Kennedy said. I’ve got to keep the ball rolling today [and] go out and get points tomorrow.”

Will Storch said it can be tough to find comparable wrestlers near him.

Storch, who wrestles for Waterville-Elysian-Morristown/Janesville-Waldorf-Pemberton, found plenty of competition Friday.

The senior 220-pounder went down to the wire with Frazee’s Luke Tweeton in the quarterfinals, pulling out an 8-2 decision. Storch led in the third period, but he wasn’t going to sit on his lead.

“Coaches kept telling me, ‘Score on him, score on him,’ because he always likes to hang [in] by one or two-point wins,” Storch said. “It’s nice to have this competition up at state.”

Jack White is a University of Minnesota student on assignment for the Star Tribune.