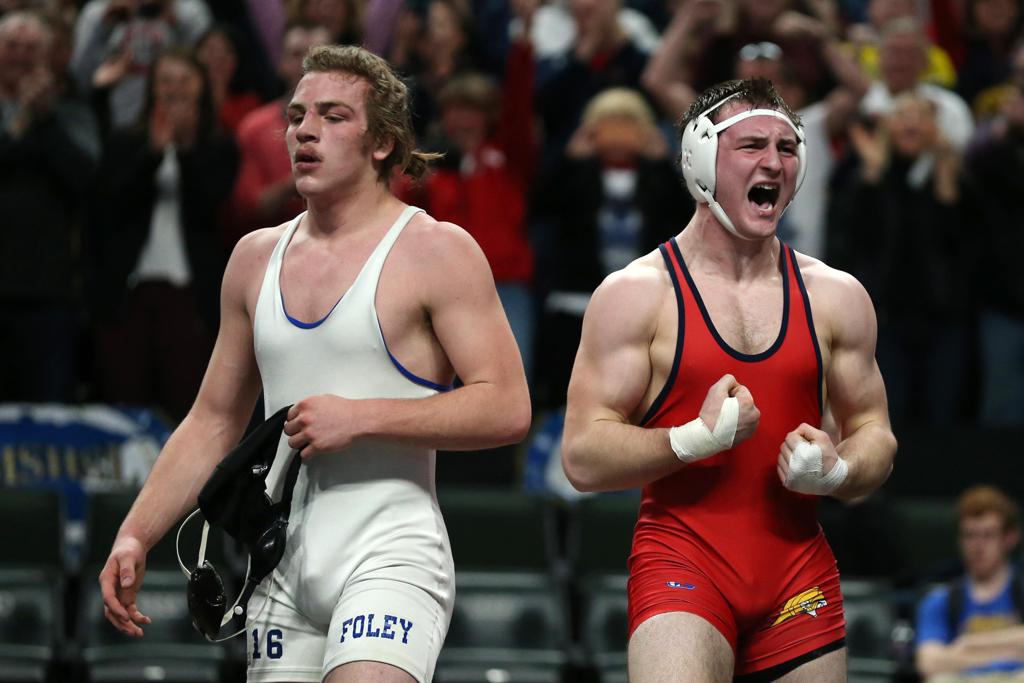 Bobby Striggow doesn’t worry much about defense. Based on his results this season, the Orono senior wrestler doesn’t need to.

Striggow beat Saylor Schmit of Foley 9-2 in the Class 2A 195-pound championship match Saturday at Xcel Energy Center to finish the season 47-0. His older brother Jackson won a state championship at 182 pounds in his senior year. Bobby will join Jackson and wrestle at the University of Michigan next year.

“That was one motivation,” Striggow said. “But I just want to score points and win.”

Striggow has faith in his offensive capabilities, which showed throughout the state wrestling tournament.

“My biggest goal this year was to just go out and score points and not let anyone hang with me,” he said. “It doesn’t matter if I get scored on. I have a good enough offense to keep scoring.”

Michael Suda came to the United States from Ethiopia in elementary school. He started wrestling a year later.

He went to a wrestling tryout at Pipestone High School, with mats placed on the floor of a basketball gym. He was convinced to join the team shortly after.

What did he become? Suda is now a three-time Class 1A state champion at 126 pounds after defeating Blake Legred of United South Central 13-9.

Suda stuck around to watch teammate Hunter Burnett win his third consecutive championship, this time at 132 pounds. They have been friends since they started wrestling together. Both committed to wrestle at NCAA Division II Augustana in Sioux Falls, S.D., next year. Hunter’s father, Aaron, used to take the two wrestlers to national tournaments and cheer them on.

“[Aaron] took me under his wing,” Suda said. “Without him, I would not be here, I don’t even know if I’d be in wrestling right now.”

Said Burnett, “The stuff we did when we were younger, really paid off now.”

Kasson-Mantorville’s Bennett Berge has big shoes to fill, so it’s a good thing he’s a size 13.

Berge, an eighth-grader, follows in the wrestling footsteps of older brothers Broc and Brady, both multistate title winners. Broc wrestled for the Gophers, while Brady wrestles at Penn State.

Bennett didn’t qualify for state in seventh grade, his first year on KoMets varsity. This season, however, he won the 138-pound title in Class 2A with a 1-0 victory over John Dierkes of Foley on Saturday.

“I had one stalling call, and knew I had to ride him hard,” Bennett said. “It’s pretty sweet.”

Ben Naddy collapsed to the ground, surrounded by his coaches, as tears filled his eyes. The Ottertail Central senior won his first state title at 113 pounds in a 5-2 decision over Blackduck/Cass Lake-Bena’s Trevor Janssen, doing so in his team’s first state tournament appearance.

He won his 1A title, however, without having to face the defending state champion. The returning winner at 113 pounds, Kenyon-Wanamingo’s Jeron Matson, had to sit out the tournament because of a suspension.

“It’s too bad,” Naddy said of Matson’s suspension. “With him there, it just makes the tournament and everything a lot more interesting.”

• It was another tough-luck ending for Totino-Grace junior Jake Svihel. He was taken down in the final minute of the 120-pound final in 2A and lost to Byron’s Mitchel Petersen 8-7. It’s the third consecutive runner-up finish for Svihel.

• Simley had two three-time champions in 2A: Jake Gliva, who won at 132 pounds with an 11-5 decision over South St. Paul’s Lorenzo Diaz, and Daniel Kerkvliet, who beat Delano’s Steven Hajas by technical fall at 4:12 of the 220-pound final.

Jack White is a University of Minnesota student on assignment for the Star Tribune. 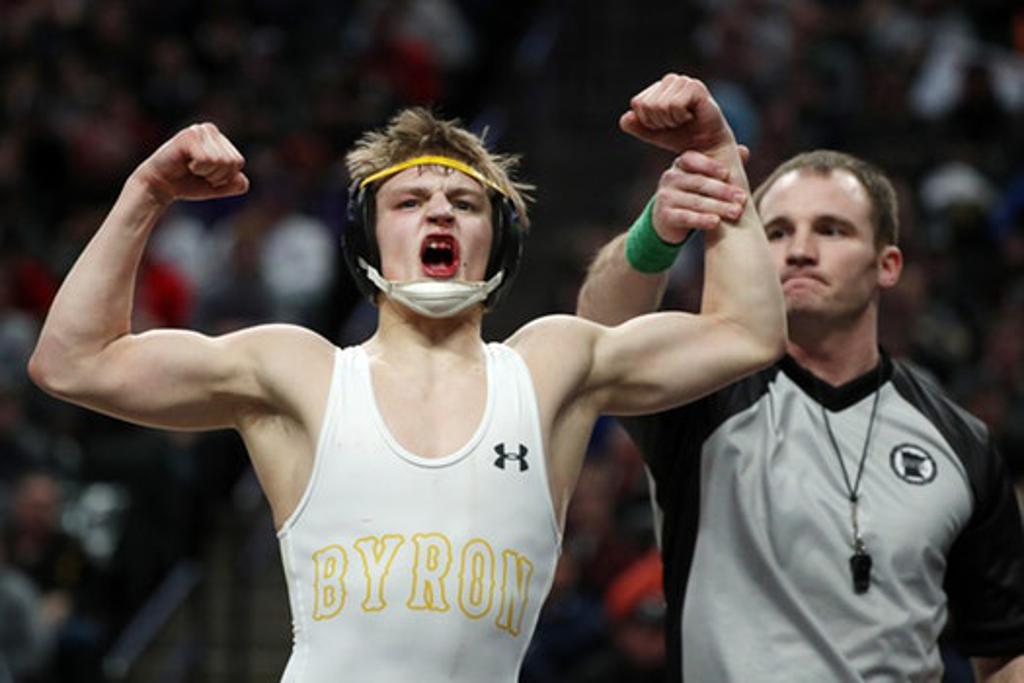