Some big-time final performances were on display Saturday at Xcel Energy Center. 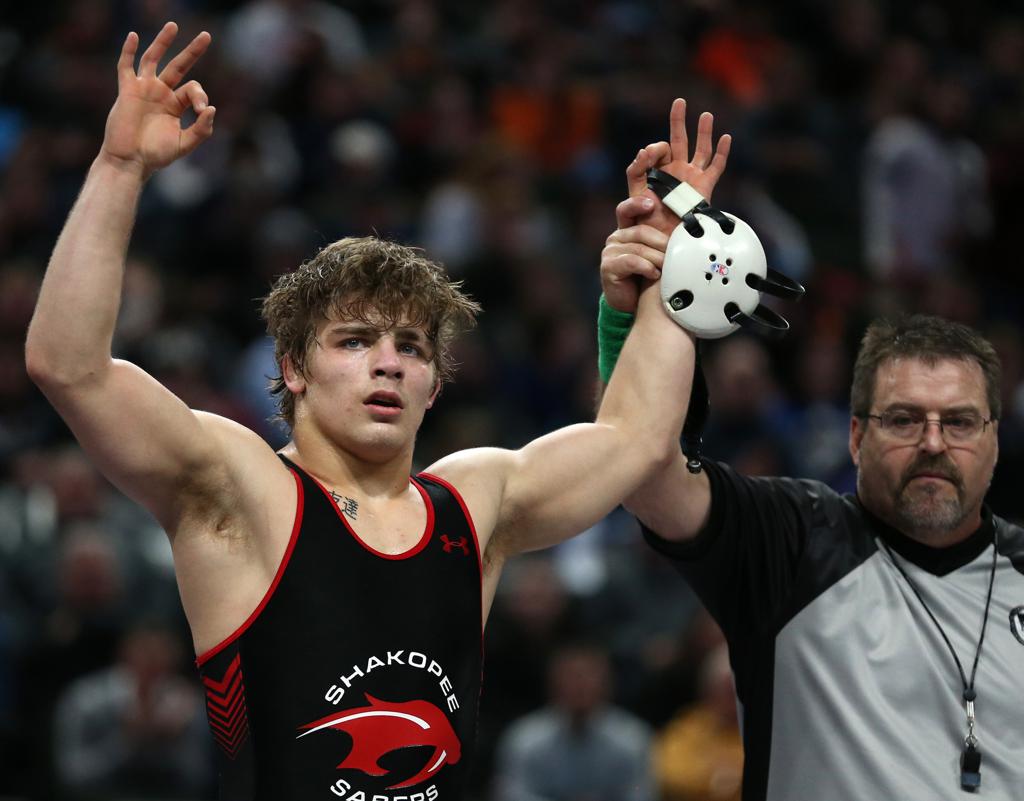 Alex Lloyd had a feeling his 152-pound championship match in Class 3A against undefeated Tyler Eischens of Anoka was going to draw some eyes.

“I kind of figured. He and I are both nationally ranked,” Lloyd said. “I looked forward to it. I think people did, too.”

The Shakopee senior, whose aggressive wrestling style is similar to that of a wounded badger, outfought Eischens, scoring four points early and earning a 6-4 victory Saturday at the state wrestling meet at Xcel Energy Center. It was Lloyd’s third state championship; he won at 145 pounds in 2016 and 2017.

Lloyd even survived a penalty for an illegal move when he flipped Eischens head over heels in the third period. Illegal, perhaps, but it sent a message.

“Wrestlers have been doing that for a while,” Lloyd said. “I got called for it, but I didn’t really care.”

“Eischens is a great wrestler. I wanted to go out and make a statement,” Lloyd said. “I think I did that today.”

Going out in style

Gable Steveson was going to enjoy this one. Smiling broadly, Apple Valley’s exceptional heavyweight slapped hands with anyone in the vicinity as he left the stands at Xcel Energy Center to prepare for his Class 3A championship match.

“I’m just anxious to get out there and showcase it one more time,” he said prior to his match.

As he had all tournament, Steveson spent very little time actually wrestling. He pinned Anoka’s Brandon Frankfurth in 17 seconds in the final, completing a state tournament run where he pinned all four of his opponents in a combined time of 2 minutes, 3 seconds. Steveson capped his victory with a backflip and blew kisses to an appreciative crown.

He concluded his high school career with a record of 212-3 for a winning percentage of .986, the best in state history. He won his final 173 high school matches. A case could be made that Steveson, who is also a three-time world champion, is the best wrestler in state history. It’s a title he felt honored to have.

“That means a lot,” he said. “Just to be labeled as that. … Hopefully, one of these other kids beats it, but this time it’s mine.”

Another three-peat for a McKee

“It is cool to have six titles between us, no brother having more,” McKee said. “It’s pretty sweet.”

McKee’s celebration was subdued, however, the result of how he won.

His opponent, Zach Smith of Prior Lake, was forced to default after landing on his neck in the second period. Jones was taken off the mat on a stretcher, but that was strictly cautionary.

“It feels good, but it would have felt a lot better to have a full, hard-fought match against someone who could have put up resistance at the end,” McKee said. “Obviously I didn’t want it that way.”

McKee was leading 10-3 at the time and had been wrestling at peak form before Smith’s injury. McKee had pinned five of his six opponents before the finals.

• Reid Ballantyne of Stillwater won his second state title, beating Drew Woodley of Northfield 6-4 in the 120-pound finals. Ballantyne was the 106 champion in 2017.

• Hastings’ Trey Rogers put the finishing touches on a perfect season (49-0) with a 17-7 victory over Buffalo’s Jacob Rogers at 195. 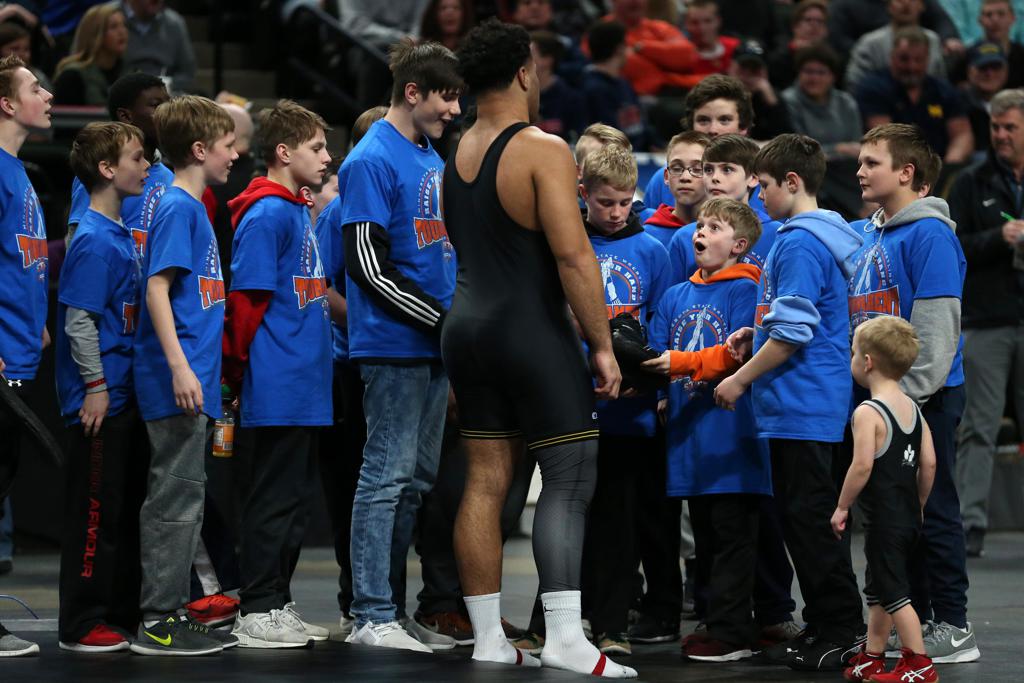