Will top seed Perham change the guard atop 2A wrestling? 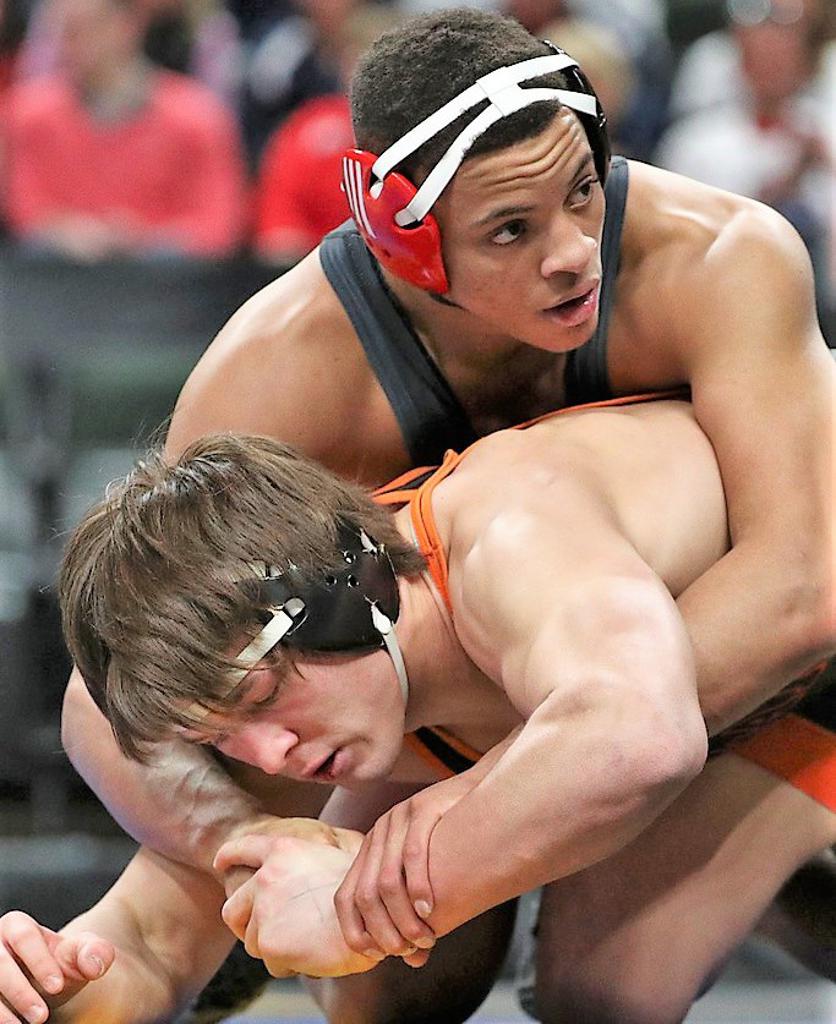 Simley’s Daniel Kerkvliet is Class 2A’s defending heavyweight champion and he has a 17-0 record this season. Photo: Anthony Souffle * anthony.souffle@startribune.com

It’s been believed all season that the winner of Section 1 in Class 2A — either 2018 state champ Kasson-Mantorville or perennial juggernaut Simley — would be the odds-on favorite to take the Class 2A team title.

After all, the 2A championship has bounced between those two schools for 11 consecutive seasons.

While Simley ended Kasson-Mantorville’s three-year championship streak by defeating the KoMets in the section final, another team has emerged as a serious challenger.

Perham has moved into the favorite’s role, thanks to a 29-1 record that includes a 38-23 victory over Simley on Feb. 2. As the bracket’s top seed, the Yellowjackets are far from unknown. They are making their seventh tournament appearance in the past eight years and 12th appearance overall. Their only loss this season was to Waverly-Shellrock (Iowa) 35-33 at the Clash Duals in January.

Perham qualified eight wrestlers for the individual tournament, led by 195-pound senior Ty Moser, who finished third at that weight in 2018. Simley has 10 individual qualifiers.

• Toughest bracket: The finals at 113 pounds could feature a matchup of two 2018 champions at 106 pounds. Totino-Grace’s Joey Thompson won at 106 pounds while wrestling for Maple Grove in Class 3A last season. Byron’s Maxwell Petersen is the defending champion in Class 2A at the lightest weight class. There are also two defending champs at 160 pounds: Waconia’s Cade Mueller, who won at 160 last year, and Kasson-Mantorville’s Bennett Berge, last year’s 138-pound champ.

• Worth watching: At 126 pounds, undefeated and No. 1-ranked Jake Svihel will be tested by Bryon junior Mitchel Petersen, who defeated Svihel in the 120 pounds finals a year ago. And don’t overlook Scott West senior Justin Stauffacher, fifth at 120 last year.