Simley makes its return to state meet a successful one

Simley defeated Marshall 60-7 to win the Class 2A state championship at Xcel Energy Center, taking its first title since 2015 and 12th overall. 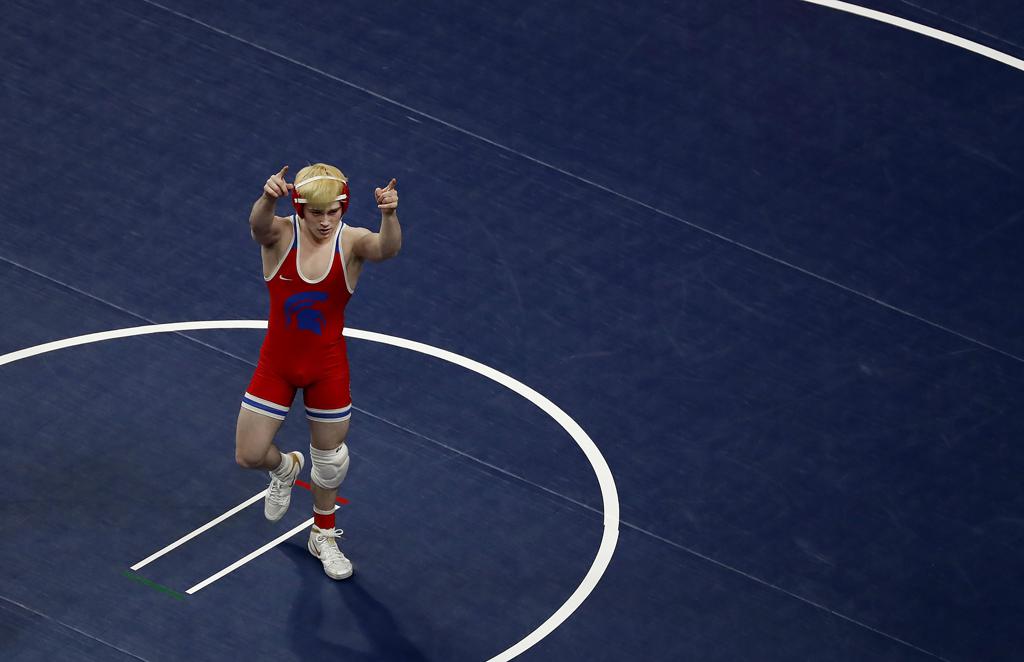 After getting kept out of the state tournament for the first time in 11 years by Kasson-Mantorville last season, Simley defeated the KoMets in the section final last week, hopped on Hwy. 52 North and returned to downtown St. Paul with something to prove.

On Thursday, Simley defeated Marshall 60-7 to win the Class 2A state championship at Xcel Energy Center, taking its first title since 2015 and 12th overall.

“Our state tournament started in the Section 1 double-A finals, because if you don’t beat Kasson [Mantorville], you don’t come,” Simley coach Will Short said. “We’ve been extremely focused for the last three weeks.”

The Spartans dropped the first two matches and were down 7-0. Then freshman Chase DeBlaere pinned Marshall’s Tate Condezo at 120 pounds in the second period, and it flipped the script of the championship matchup.

“I felt pretty great because I knew we were going to seal the deal,” DeBlaere said. “I wanted to make a statement for the team that we’re here to win.”

After DeBlaere’s pin, the Spartans didn’t lose another match, and they got pins from Ruben Saldivar, Ryan Sokol, Cael Berg, Bennett Tabor, and the No. 1 heavyweight in the nation: Greg Kerkvliet.

Kerkvliet’s last team state championship came when he was a 152-pound wrestler in eighth grade.

“It’s pretty special. I mean it’s been a couple of years. And plus it’s not just me out there,” said Kerkvliet, a senior who has already won three individual state championships. “It’s a whole team. So, I mean, that makes it that much cooler.”

“They wrestled hard. Their little guys wrestled really well,” Perham coach Robb Moser said. “I thought that’s the worst we looked all year, but that’s what good teams do. They make you look bad.”